Humans like patterns. We like to think that things repeat, and we love to feel clever. There are quite a few wonderful things that have come out of this idea. Writing. Science. Mathematics.

These things are supposed to help us identify the patterns of the universe and make us feel special and clever.

Then, things take a turn for the strange and bizarre.

1. The government is covering up evidence of a UFO landing.

The event that kick-started more than a half century of conspiracy theories surrounding unidentified flying objects (UFOs). Something did crash at Roswell, New Mexico, sometime before July 7, 1947 and – at first – the US authorities stated explicitly that this was a flying saucer or disk – as shown by the splash story on that day’s Roswell Daily Record, pictured. Numerous witnesses reported seeing metallic debris scattered over a wide area and at least one reported seeing a blazing craft crossing the sky shortly before it crashed. In recent years, witnesses have added significant new details, including claims of a large military operation dedicated to recovering alien craft and aliens themselves, at as many as 11 crash sites, and alleged witness intimidation. In 1989, former mortician Glenn Dennis claimed that he was involved in alien autopsies which were carried out at the Roswell air force base.

2. The Apollo moon landing was a hoax. 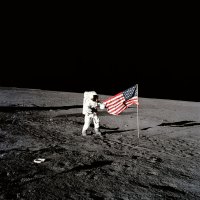 Nasa and possibly others intentionally deceived the public into believing the landings did occur by manufacturing, destroying, or tampering with evidence, including photos, telemetry tapes, transmissions, and rock samples; and that Nasa and possibly others continue to actively participate in the conspiracy to this day. Those who think that Nasa faked some or all of the landings base their theories on photographs from the lunar surface which they claim show camera crosshairs partially behind rocks, a flag planted by Buzz Aldrin moving in a strange way, the lack of stars over the lunar landscape and shadows falling in different direction. Many commentators have published detailed rebuttals to the hoax claims, and these theories have been generally discounted but belief in them – particularly on the web – persists.

I approach these with a healthy dose of what-if. It’s fun to play with these ideas, morph their conclusions, twist around their concepts to the rationality breaking-point. Aliens? Moon landing? Teleportation? Well, if it isn’t the basis for a new novel.

But, by far, my favorite conspiracy theory is the “Paul is Dead” theory, not only in the scope of crazy, but in the realm of “does it matter?”.

You’ve probably heard what I initially did. The whole Abbey Road cover, Paul is the only one crossing the street without shoes, which means that he’s dead. I thought that was sort of it.

Alas, no, my friend.

It’s well researched. But, I can’t help but think maybe someone put too much thought into it. Maybe it’s true. Maybe there’s only one Beatle left in the world.

Not that it matters. Our lives are being manipulated by men in a room in suits while they drink from snifters and smoke cigars, and, at any moment, we will be thrown into martial law. *cue Twilight Zone music*

This entry was posted on June 8, 2011 by Kate Cornell. It was filed under Items of Interest and was tagged with beatles, conspiracy theories, george harrison, john lennon, paul is dead, paul mccartney, ringo star.